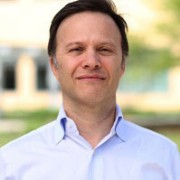 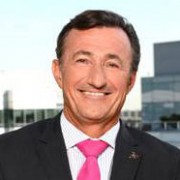 Bernard Charlès President & CEO, Member of the Board of Directors 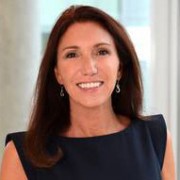 SOLIDWORKS as an Innovation Platform

As Director of MIT's Center for Bits and Atoms, Neil Gershenfeld explores the boundaries between the digital and physical worlds.

Yves Behar has produced some of the new millennium's most coveted objects, like the Leaf lamp, the Jawbone headset, and the XO laptop for One Laptop per Child. 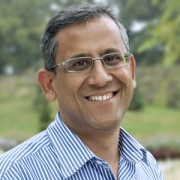 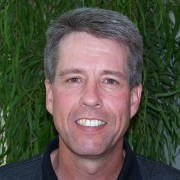 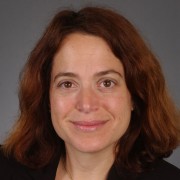 Technology columnist, David Pogue, interviews and showcases innovative engineers and designers using SOLIDWORKS products to develop everything from a space elevator to engineering your own beer.

David Pogue is the founder of Yahoo tech. He's also a monthly columnist for Scientific American, hosts PBS "NOVA" and is a correspondent for "CBS Sunday Morning". He's also one of the worlds bestselling how to authors, with titles in the For Dummies series and his own line of Missing Manual books.

Space Elevator: next-generation space transportation system. Connecting geostationary orbit to the Earth with a strong and lightweight cable and an elevator can transport things and people to Space.
BrewBot: three basic values: thoughtful design, exceptional beer quality and a continuous pursuit of making brewing easy to anyone 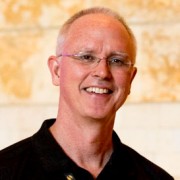 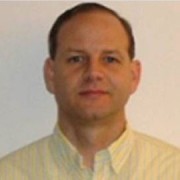 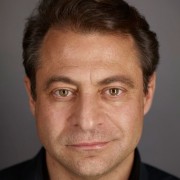 Bernard Charlès President & CEO, Member of the Board of Directors Bio

Something went wrong.
An error occurred trying to play the stream. Please reload the page and try again. Close

Gian Paolo Bassi brings more than 25 years of experience in 3D, CAD, and PLM industries to Dassault Systèmes SolidWorks Corp. As CEO, Gian Paolo spearheads the development of SOLIDWORKS future product and technology strategies designed for the desktop and the cloud, and collaboration with the strong user community. He most recently served as the vice president of research and development, where he was responsible for charting future product and technology strategies, including the development of the SOLIDWORKS cloud applications. Prior to SOLIDWORKS, Gian Paolo was the founder and CTO of RIWEBB where he oversaw the development of new technologies for the Mechanical and Architectural Design Automation industry, collaborating with companies like Dassault Systèmes. Prior to RIWEBB, Gian Paolo served as vice president and CTO of ImpactXoft, where he led the team developing functional modeling and collaboration applications which are now part of CATIA. In this position, he co-invented three of his five patents in functional modeling. He also served in the R&D organizations of companies like Computervision and think3. Gian Paolo holds a degree in Mechanical Engineering from the University of Bologna.

Yves Béhar is a design entrepreneur who believes that holistic product, digital, and brand design are the cornerstones of any business. He is the founder and CEO of fuseproject, an integrated design and branding firm he established in 1999. Béhar is also the Chief Creative Officer of Jawbone, and the co-founder of August, the next generation home entry system. Béhar believes that design should be a force for positive social and environmental change.

His collaborations with renowned partners have received international acclaim. Béhar's works are included in the permanent collections of museums worldwide, and he is the artist trustee of the Board of Directors of the San Francisco Museum of Modern Art. Behar has garnered over 200 awards, was named a Top 25 Visionary by TIME Magazine, and was recently named “Most Influential Industrial Designer in the World” by Forbes.

Kishore Boyalakuntla is Senior Director, Product Portfolio Management and SOLIDWORKS brand UX leader. He is responsible for product strategy and successful launch of all products that SOLIDWORKS delivers to end customers.

Kishore is passionate about enabling engineers to innovate with best in class SOLIDWORKS ecosystem, Customer Success using SOLIDWORKS products, and the impact SOLIDWORKS customers have with the amazing products they create around the world. Kishore has Bachelors in Mechanical Engineering, Masters in Aerospace and an MBA from Babson College.

Bernard Charlès President & CEO, Member of the Board of Directors

Bernard Charlès has positioned Dassault Systèmes, world leader in 3D software, as the preferred partner for innovation. The inspiration behind digital mock-up, product lifecycle management and 3DEXPERIENCE, Charlès firmly believes that 3D technology is about making possible the impossible: 3D universes are the most powerful vehicle for testing concepts and creating the future, bringing dream and reality together, and stretching the limits of science and imagination to drive progress in society.

Dr. Peter H. Diamandis is an international pioneer in the fields of innovation, incentive competitions and commercial space. In 2014 he was named one of "The World’s 50 Greatest Leaders" by Fortune Magazine. In the field of Innovation, Diamandis is Chairman and CEO of the X PRIZE Foundation, best known for its $10 million Ansari X PRIZE for private spaceflight.

In the field of commercial space, Diamandis is Co-Founder/Co-Chairman of Planetary Resources, a company designing spacecraft to enable the detection and prospecting of asteroid for precious materials. He is also the Co-Founder of Space Adventures and Zero-Gravity Corporation. Diamandis is the New York Times Bestselling author of Abundance – The Future Is Better Than You Think and BOLD – How to go Big, Create Wealth & Impact the World.

Diamandis’ personal motto is "The best way to predict the future is to create it yourself."

Prof. Neil Gershenfeld is the Director of MIT's Center for Bits and Atoms. His unique laboratory is breaking down boundaries between the digital and physical worlds, from creating molecular quantum computers to virtuosic musical instruments. He is the author of numerous technical publications, patents, and books including Fab, When Things Start To Think, The Nature of Mathematical Modeling, and The Physics of Information Technology. He is a Fellow of the American Physical Society, has been named one of Scientific American's 50 leaders in science and technology, and one of Popular Mechanic's 25 Makers.

Dr. Gershenfeld is the originator of the growing global network of field fab labs that provide widespread access to prototype tools for personal fabrication, and directs the Fab Academy, the associated program for distributed research and education in the principles and practices of digital fabrication.

As vice president of strategy and community, Suchit Jain identifies and develops new areas of opportunity for the SOLIDWORKS brand to expand its business. He is currently focused on building a dedicated organization focused on the outstanding SOLIDWORKS User Community.

Prior to his role overseeing the SOLIDWORKS corporate strategy, Suchit served as the vice president of analysis products. He has played a role in the success of the SOLIDWORKS analysis strategy since 2001 when the company acquired Structural Research and Analysis Corporation (SRAC) where he was vice president of marketing. Suchit started his technology career in 1994, supporting the then-new COSMOS analysis software as an entry-level engineer with SRAC. There he assumed increasing levels of responsibility and helped COSMOS grow into one of the most widely used design analysis products in the industry. Suchit holds a bachelor’s degree in civil engineering from the Indian Institute of Technology in Bombay. He also holds a masters degree from the University of Southern California.

With the firm belief that brand equity is the prime source of growth for a company, Monica Menghini is committed to translating Dassault Systèmes’ vision into a unique value proposition, encompassing its corporate strategy, solutions portfolio, distribution network, and marketing model. She is bolstering the company’s capacity to reinvent itself as well as its ability to develop, deliver and implement groundbreaking ideas and solutions, especially through 3DEXPERIENCE.

David Pogue joins us at SOLIDWORKS World 2016 to interview and showcase innovative engineers and designers using SOLIDWORKS products to develop everything from a space elevator to your next pair of eyewear.

David Pogue is the founder of Yahoo Tech, having been groomed for the position by 13 years as the personal-technology columnist for the New York Times. He’s also a monthly columnist for Scientific American and host of science shows on PBS’s “NOVA.” He’s been a correspondent for “CBS Sunday Morning” since 2002.

With over 3 million books in print, David is one of the world’s bestselling how-to authors. He wrote or co-wrote seven books in the “for Dummies” series (including Macs, Magic, Opera, and Classical Music); in 1999, he launched his own series of complete, funny computer books called the Missing Manual series, which now includes 120 titles.